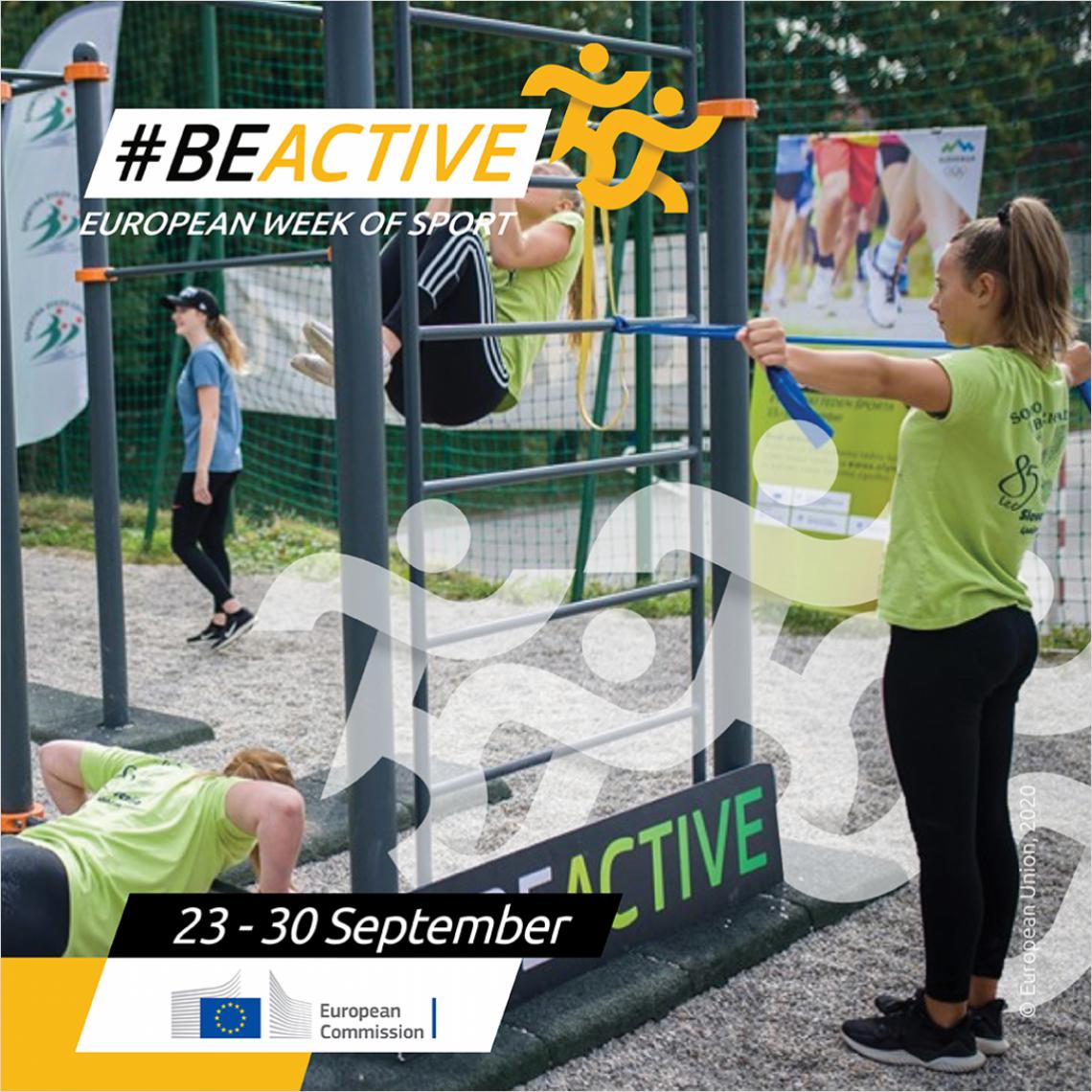 EuropeActive is recognised by the EU Commission as one of the most active partners of the European Week of Sport - #BeActive Campaign since its first edition in 2015. Last year the Week’s 28K events took place in 42 countries involving 15 million Europeans. The week takes place from 23 – 30 September. Read all about this year’s initiatives from EuropeActive below.

EuropeActive has been contributing to the Week success through several EU funded Projects and a constant promotion on its social media channels targeting the major European fitness stakeholders and professionals. In confirmation of this, last year EuropeActive was awarded as the third most active sport organisation during the Week of Sport on social media. The last 23rd June, during the International Olympic Day, the 6th edition of the #BeActive Campaign was official launched.

The Week’s main goal is to promote active and healthy lifestyles through a variety of events around Europe organised by the National Coordinating Bodies in each member states and Partners like EuropeActive. The recent lockdown launched a new emphasis on the importance of physical activity, consequently this edition will focus on creative and innovative ways to get more people more active more often especially through digital solutions.

The fitness industry and people in general have shown great creativity in developing fitness routines despite the unprecedented circumstances. EuropeActive, for example, with the #BEACTIVE HOUR celebrated the 30th of May 2020 that momentum by organising a simultaneous digital workouts across Europe. This year, the budget of the EU-funded project: National Fitness Days for Europe, will allow EuropeActive and its National Fitness Association members to organise different fitness events in several European countries and hopefully build up a long-term commitment.

The objective of EuropeActive is to expand the National Fitness Day format, firstly developed in the United Kingdom by ukactive, in the rest of Europe through the collaboration with National Fitness Associations. Eventually, in the framework of the Week of Sport, EuropeActive will prepare a Report for the EU Commission titled the Fitness Sector contribution to the Week of Sport. It will list the major fitness events happened during the Week by EuropeActive members.