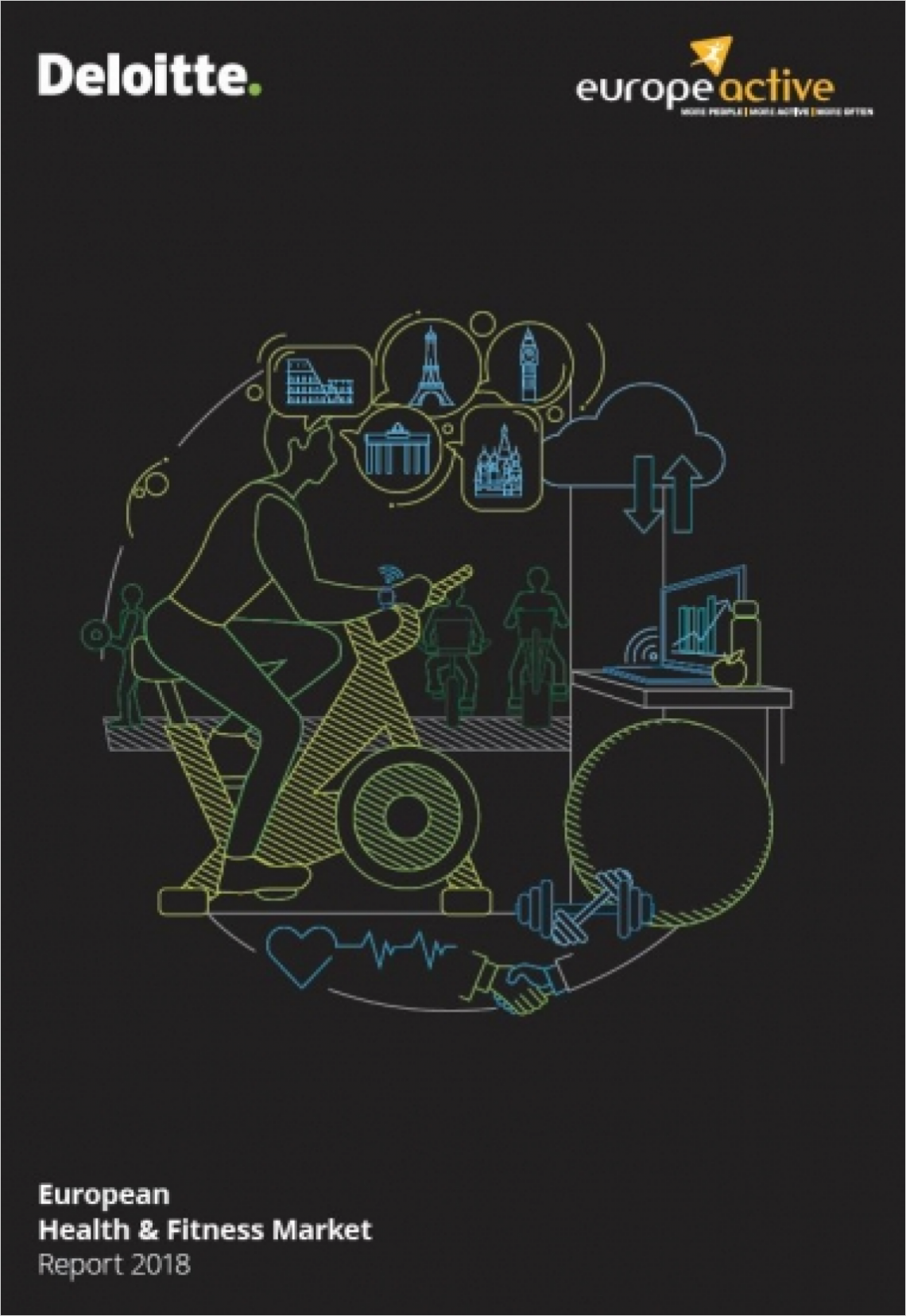 Today, at the 5th European Health & Fitness Forum (EHFF), Deloitte Partner Karsten Hollasch presented the major conclusions from the latest market research published by EuropeActive in cooperation with Deloitte. The EHFF is the annual top industry forum and the pre-opening event for FIBO, the world’s largest fitness trade show, which takes place in Cologne, Germany from 12-15 April 2018.

According to the study, the European health and fitness market continued to grow strongly in 2017 as the total number of health and fitness club members increased by 4.0% to about 60.0 million. With a membership growth of 5.3% to 10.6 million members, Germany strengthened its position as the country with the highest membership ahead of the United Kingdom (9.7 million), France (5.7 million), Italy (5.3 million) and Spain (5.2 million).

In terms of market penetration, Sweden ranks highest with 21.4% of the total population holding a health or fitness club membership. Other countries with high fitness club penetration include Norway (20.9%), Denmark (18.3%), the Netherlands (17.0%), and the UK (14.8%).

Overall, 7.6% of the total population were members of a health or fitness club, with a penetration rate of 9.1% for people aged 15 years and older. Thus, the high penetration rates in most Northern and Central European countries were partly offset by lower market penetration in many Southern and Eastern European fitness markets.

As stated in the club operator section of the report, the top 30 operators increased their membership by 9.5% to 14.1 million, which accounts for 23.5% of total European membership (+1.0 percentage points). This is a reflection of further concentration on the operator side.

Total fitness club revenues in 2017 were €26.6 billion, which represents an increase of 3.8% compared to 2016 at constant currency exchange rates. In contrast to the membership ranking, the revenue ranking is led by three operators with higher-priced concepts: David Lloyd Leisure (€483 million), Migros Group (€388 million), and Virgin Active (€356 million).

Besides key figures and detailed profiles of the top 30 European fitness club operators, the European Health & Fitness Market Report includes profiles of the 19 largest national markets and analyses of merger and acquisition activities, EU policy implications and the global equipment market, as well as interviews with selected seven CEOs from the fitness industry. In addition, a chapter on the growing functional fitness trend has been prepared for this report.

Herman Rutgers, EuropeActive Board member and co-author of the report, commented:

“2017 was another year of strong growth in terms of both membership and market value. This shows that the products and services of our sector remain highly attractive to consumers across Europe and makes us confident to reach the industry goal of 80 million members by 2025.”

The European Health & Fitness Market Report, the seventh joint publication of EuropeActive and Deloitte, represents the most comprehensive report on the European health and fitness market and serves as a valuable source of information for industry stakeholders. This report was made possible by the generous support of Basic-Fit, FIBO, IHRSA and Technogym.

The full report (180 pages – only in hard copy) is available for €299 (EuropeActive members only €149) and can be ordered through EuropeActive’s Knowledge Centre at: https://europeactive.blackboxpublishers.com/en/publications/european-health-fitness-market-report-ehfmr-2018-e-book/

EuropeActive is the (leading) not-for-profit organisation representing the whole of the European health and fitness sector in Brussels.

The European health & fitness sector serves over 52.4 million consumers, generates 26.7 billion Euro in revenues, employs 650,000 people, and consists of 51,200 facilities. Alongside its significant economic contribution, the sector has a major role to play in making a more active and healthy Europe. EuropeActive’s ambition is to reach 80 million members of health & fitness centres by 2025.

EuropeActive & Deloitte European Health and Fitness Market report presents the most comprehensive analysis of the European health and fitness industry. The report contains the most current information on the main European markets, the major club operators in Europe and their recent merger and acquisition activities, as well as a snapshot of the leading equipment manufacturers worldwide.