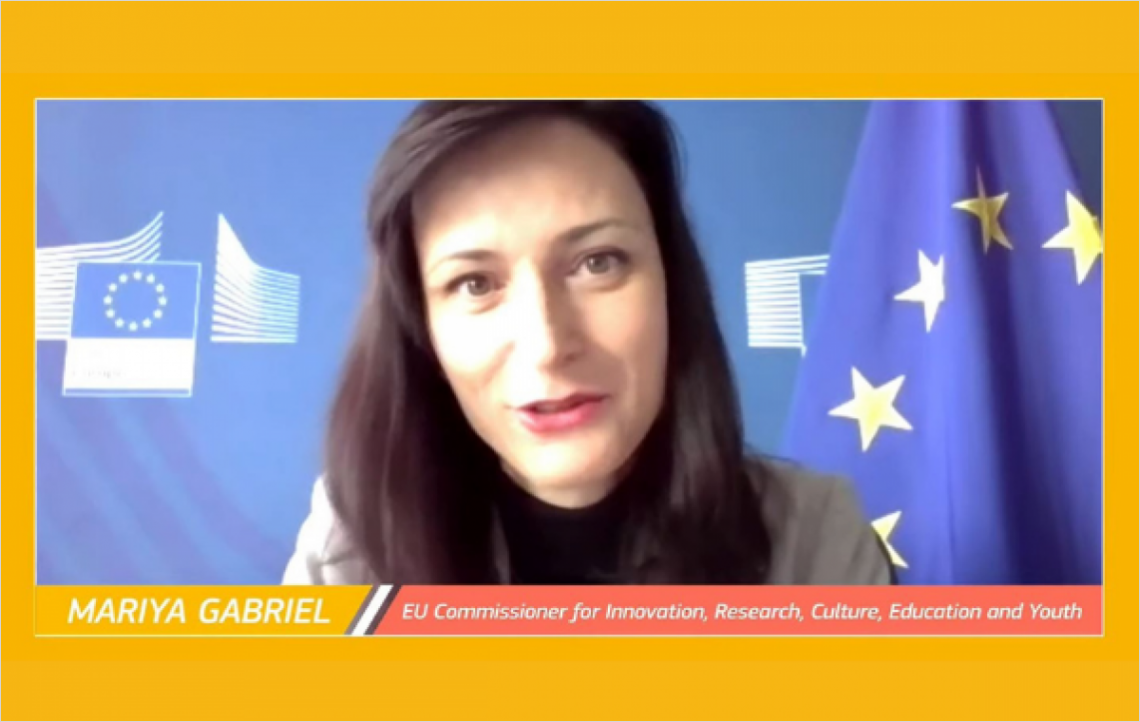 EU Affairs
News from Brussels
On April 19th 2021, the European Commission held an online seminar on the European Week of Sport Beyond Borders, which was initially planned to take place in Montenegro. EuropeActive was honoured to have Anastasia Alexandridi and George Xiros, two of our EREPS ambassadors, open the event with their respective #BEACTIVE warm-ups for participants.
European Commissioner for Innovation, Research, Culture, Education and Youth, Mariya Gabriel, emphasised during the introductory remarks that this third edition of the European Week of Sport Beyond Borders aligns with the Commission’s ongoing work to further expand international cooperation through sport policy, which had previously led to opening up the European Week of Sport (EWoS) campaign to the Western Balkans, and to enabling non-EU countries to be partners under Erasmus+ Programme initiatives. Portugal’s Minister of Education, Tiago Brandao Rodrigues also stressed that this showcases the European Union’s openness to the world.
Subsequently, the Commissioner highlighted sport and physical activity as fundamental to individuals’ health and wellbeing, which is at the core of the annual EWoS campaign. In 2020 and despite the COVID-19 context, the campaign counted over 32,000 events taking place across 42 countries and regions, and amounting to over 15 million participants. The fitness and physical activity sector actively contributed to the success of the campaign though its National Fitness Day and #BEACTIVE activities.
Sergey Bubka, President of the Ukrainian National Olympic Committee, gave the keynote speech and emphasised Ukraine’s growing involvement in the EWoS over the past 3 years, before leaving the floor to the constructive dialogue between Commissioner Gabriel and young representatives from the Eastern Partnership and the Western Balkans, who shared ideas and suggestions to attract young people to practice sport and adopt a healthy lifestyle in the ‘new normal’. Following the exchange, Commissioner Gabriel revealed information concerning the ‘Tartu Call for healthy lifestyles’ that will be brought to a new level of cooperation through the HealthyLifestyles4All. It will link sport and physical activity with health, hence establishing a community of practice, and is foreseen to be launched at the opening of the EWoS 2021in September.
The power of grassroots physical activity and sport as universal mediums to transmit EU values and foster international cooperation, lies at the core of EuropeActive’s ongoing National Fitness Day for Europe (NFD_EU) project that is co-funded by the Erasmus+ Programme.
Tags:
European Week of Sport
EWOS Beyong Borders
Tweets by Europe_Active