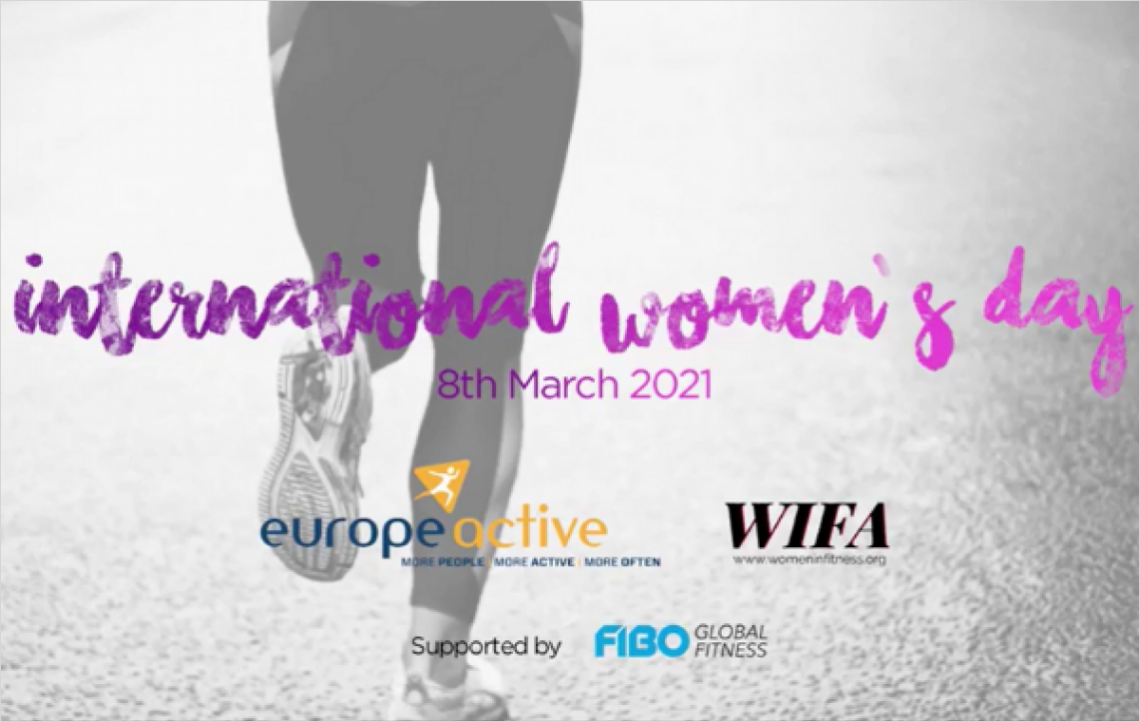 EuropeActive News
Last Monday 8th March, the world celebrated International Women’s Day. In Brussels, European Commission President von der Leyen gave a celebratory speech for the occasion at a European Parliament Plenary. While referencing to exceptional role models such as Vice-President Kamala Harris and Prime Minister Jacinda Ardern, President von der Leyen did not lose sight of the unsung heroes of this past year of pandemic- the women on the frontline, the business women and the women holding together their families - as she thanked them.
The tone then shifted to focused on the gender inequalities that, among others, persist in Europe:
‘On Women's Day, I want all European women to know that Europe is at their side. I am on your side. I want Europe to finally become a continent of equal opportunities for men and women. And I know we are not there yet. I know that the playing field is not level yet. I know from experience that women have to work twice as hard to get the same salary, the same recognition or the same leadership position as their male colleagues. I know the obstacles and the prejudices.’1
She then recalled the three main and most recent actions the Commission has undertaken to tackle gender inequalities:
Tackling gender inequality across Europe is to be mainstreamed into all sectors and at all levels. In this spirit, EuropeActive has adopted a proactive stance to Diversity, Equity, and Inclusion (DEI) topics and initiatives since the publication of EuropeActive’s Horizon 2025 Sectoral Manifesto.
On 8th March 2021, EuropeActive proudly announced its collaboration with the Women in Fitness Association (WIFA), with whom it signed a Memorandum of Understanding (MoU). This MoU lays down the foundation and terms of cooperation between both stakeholders of the fitness and physical activity sector who seek to have a positive international impact through gender equity.
1. https://ec.europa.eu/commission/presscorner/detail/en/speech_21_1064
Tags:
International Women' s Day
Gender Equality
Tweets by Europe_Active