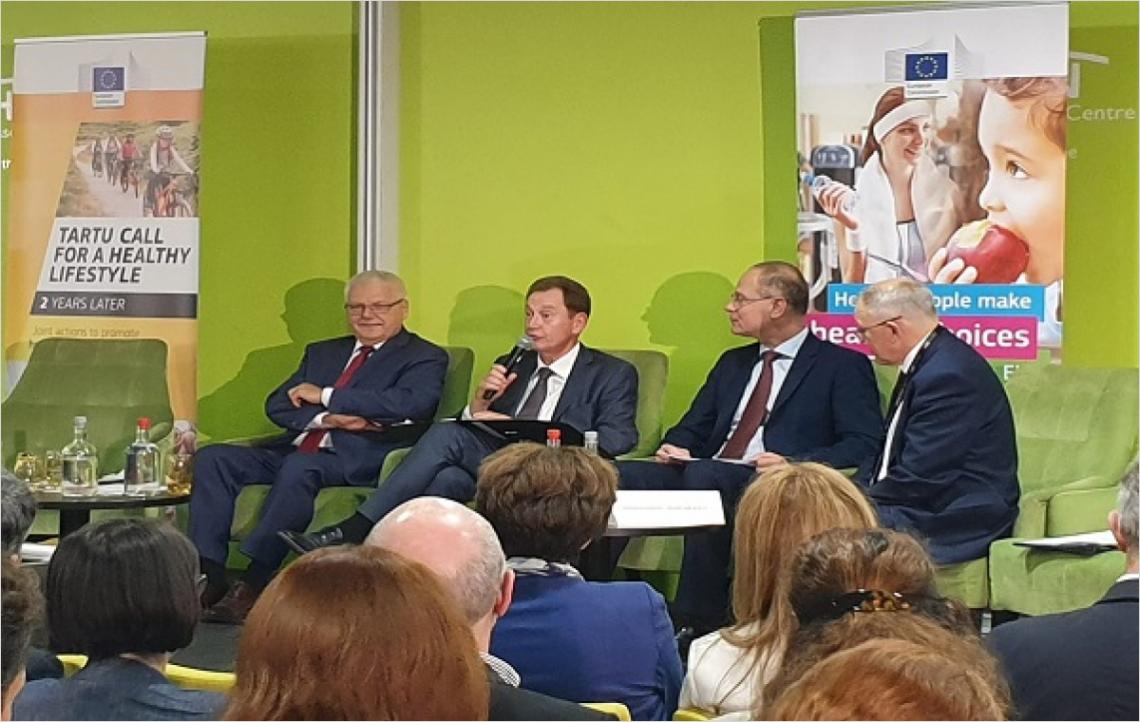 The seminar was moderated by EuropeActive’s president, Graham Watson. During his opening statement he lauded the European Commission’s cross-sectoral approach, but also called on them to get even more sectors involved. To be able to make more people more active more often, he said, “physical activity promotion should be the ‘golden thread’ running through all policy areas”. Next, Commissioner Navracsics addressed the room and stressed the major steps he and his team have taken to promote physical activity and healthy lifestyles, including a significant increase in funding for health enhancing physical activity projects. He noted that we are on the right track, but that it’s clear that more needs to be done.

During the 2 years that have gone by since the Tartu Call was signed, many good practices on how to promote healthy lifestyles have emerged from the many actions and projects that have been implemented and run. 9 best practices were briefly presented to the audience, through a personal testimony of the people involved in the action. In the panel discussion that followed, the main themes were, first, the promotion of healthy foods and dietary habits and the specific importance of promoting healthy habits with children and teenagers, and second, the importance of further cross-sectoral cooperation for the promotion of physical activity.

During his closing statement, Commissioner Andriukaitis fully endorsed the importance of a wider and more coordinated approach to healthy lifestyle promotion. He also pointed out the severe lack of funding in prevention schemes throughout Europe, stating the only 3% of the public health budget is going to prevention. He said this has to increase significantly because in the end with the ever increasing cost of an ageing and inactive society we won’t have any other choice. In the end, preventing is always better then curing.

The seminar was topped-off by a Certificate Ceremony, where the Commissioners handed out best practice certificates to 15 actions contributing to reaching the Sustainability Developments Goals related to health and food in the past years. They’ve also signed the ‘Tartu Call for a healthy lifestyle: where are we 2 years later?’ declaration containing not only the achievements of the past 2 years, but also the actions for the coming years. EuropeActive welcomes the efforts of the Commission and looks forward to continue to collaborating closely to promote healthy lifestyles and to make more people more active more often.